"The room was almost frighteningly quiet, with no sound coming from it. The constellations on the ceiling, the plush carpet, the bronze Venus, the smoke-blackened lamps, everything there held its breath so as not to disturb us. The old woman took her eyes off the object, coughed loudly and rattled her dentures. That was the signal for her to start. I gripped the pen tighter between my fingers."

“Traverser les silences” brings together artists from different backgrounds and careers in order to freely embrace a diversity of practices related to current figurative painting. The exhibited works, some of which were created specifically for the occasion, invite us to reflect on the ineffable aspect of the painting. It is a question of exploring the bark of the paintings, that thin layer of material retaining the traces of gestures carried out in the silence of the studio. But beyond exploring their materiality, we are also invited to immerse ourselves in the images they make visible. These images, which are essentially mute, seek to inspire a seductive disturbance for the writing of numerous stories.

The exhibition is based on the novel The Museum of Silence by Yôko Ogawa. In it, a curator is invited by an old woman to create a museum in the barn of her property, located on the outskirts of a Japanese village. When the man crosses the rooms of the house, he doesn't understand what he has to exhibit, because nothing in the old-fashioned décor appeals to him. But once in the cellar, he discovers a collection of various objects accumulated after each death of the inhabitants of the village. This collection ranges from a rusty pair of pruning shears to the remains of a dog, not to mention pieces of crockery or a box of empty paint tubes. It makes a collective memory, while at the same time bearing witness to the memory of the old woman who spent her life stealing these objects. The owner tells her host how she took them. She explains the inexorable desire that drove her, fueled by the symbolic dates of an almanac that she scrupulously follows. Alongside the archiving and preparations for the museum, there is a sense of latent danger as if the world were about to change, but off-screen. The novel reflects on the writing of history, which, beyond the great stories, is also played out in the silent wake of the disappearance of people and the banal objects they leave behind. 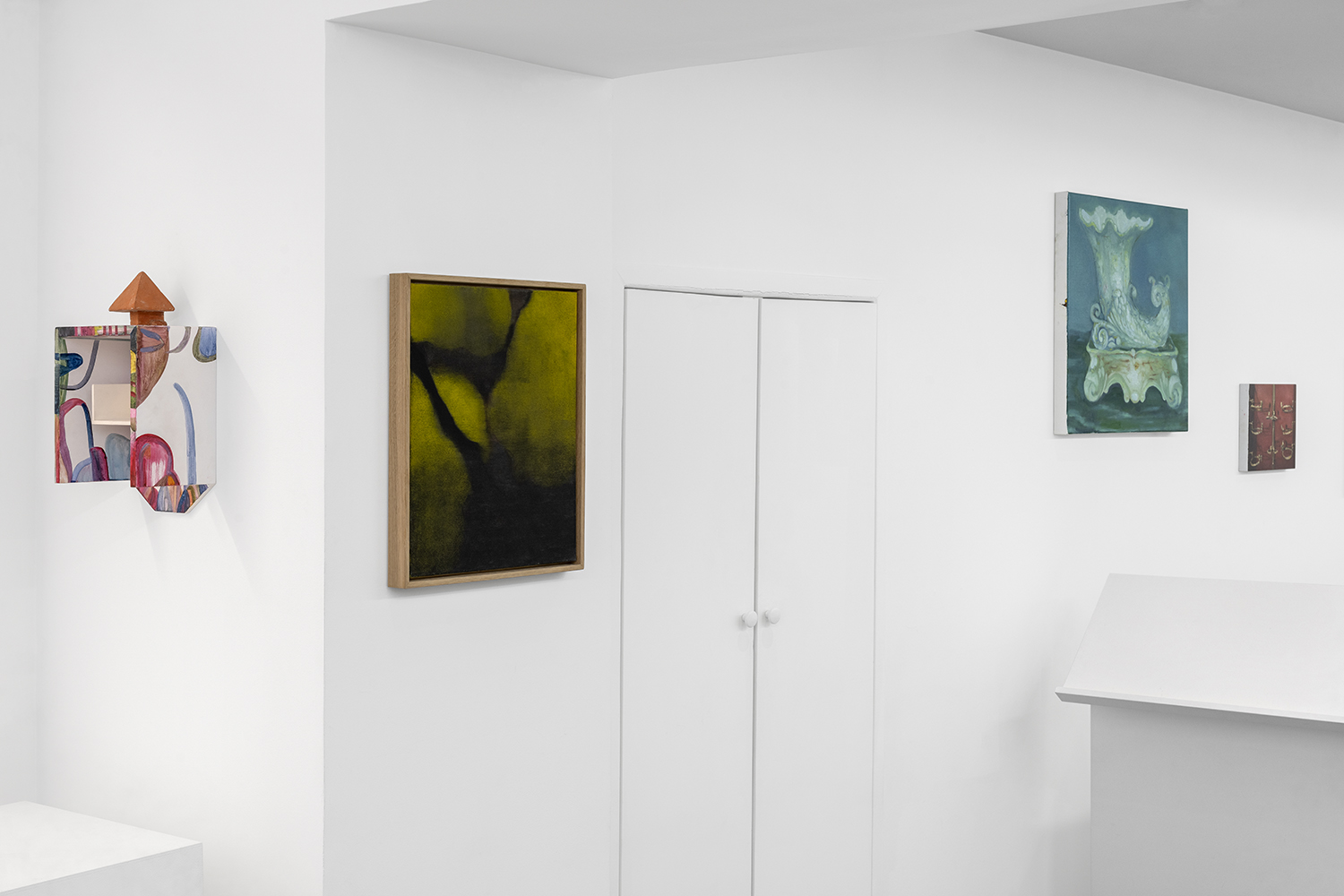 Without being an illustration, the exhibition echoes the novel. The presented paintings, using a variety of genres and media, distill images that cannot be said, but which are revealed on their surface in order to sharpen the curiosity of our gaze. Isolated figures or objects, pieces of bodies or starry skies appear themselves in the shadows of undecided hours, moments of latency extracted from the frantic race of daily life. Although the nocturnal sensation seems to prevail, the night that transpires "is not a night, while not being day"2, to quote Etel Adnan's prose. The dominant green and bluish tones, awakened by bright and acidic colors, reinforce this feeling of uncertainty as if the whole situation was "holding its breath".

Some of the works in this exhibition depict an intimate space that can be perceived from a distance. A drawn curtain whose folds gleam in a metallic way, repeated patterns echoing the decorations of the Wiener Werkstätte, a window dazzled by the glow of a firework, a wardrobe open to a pile of sheets. Some of the selected paintings shape a domestic architecture of which we only perceive the thresholds, walls covered with wallpaper, a stairwell, a closed door. These interstices and alcoves evoke familiar sensations. Each one appears as the beginning of a memorial story inexorably tinged with oblivion. The tight framing that plays with the off-camera, like the shadowy areas that float in certain paintings, leaves space for the viewer's imagination and encourages the crossing. So, beyond this dreamed house, we discover some still lifes, like a reminder of the objects in the Museum of Silence, but also pieces of bodies. In several of the works, we see hands performing various actions. They finally suggest that we seize what we see with our eyes and our thoughts. 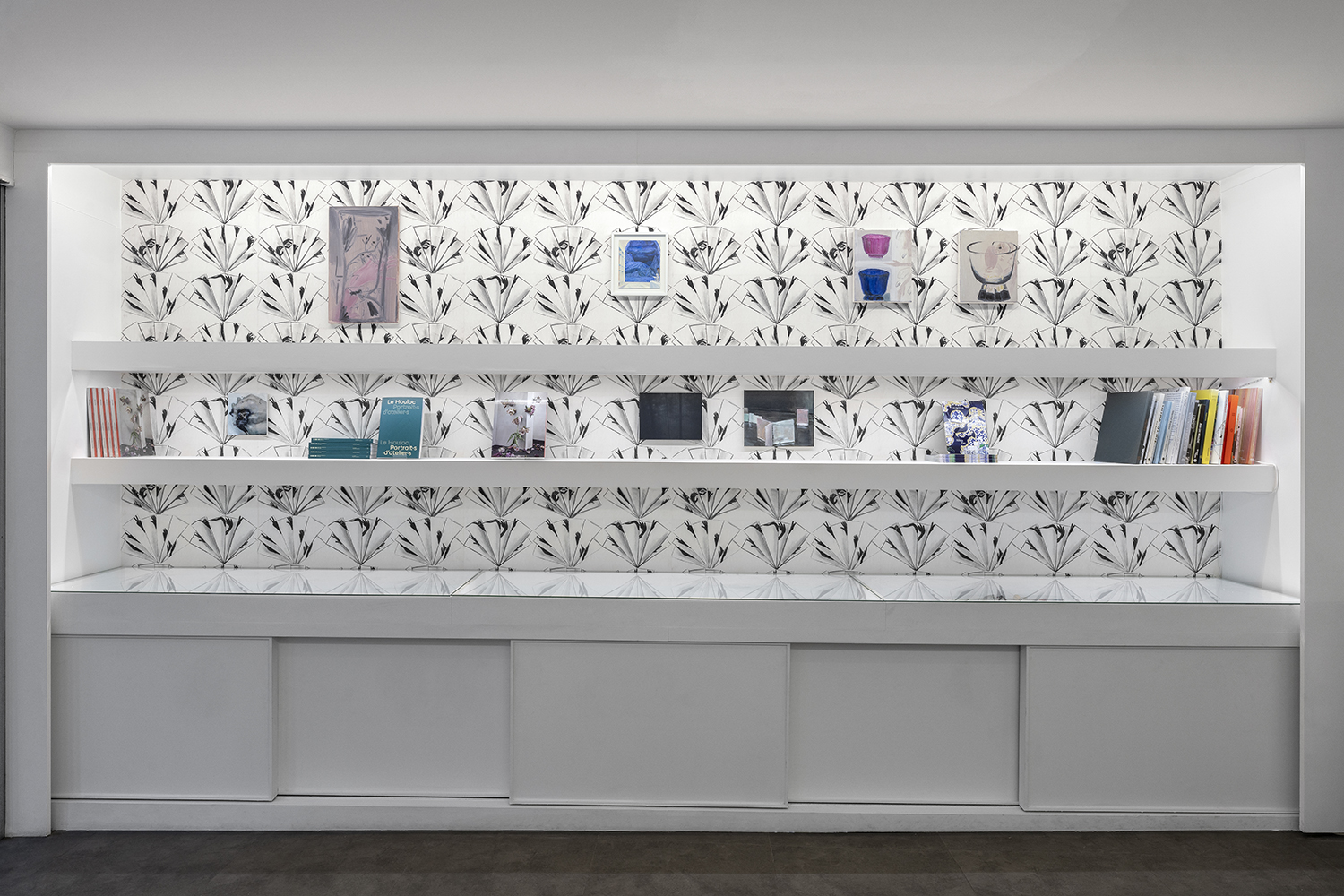 Often not extravagant, the works gathered here shed light on what persists at the edges and yet also constitutes our world. Decontextualized, the depicted scenes conceal an unspeakable part, a lack that fascinates and allows us numerous interpretations of them. Like the artefacts collected in the museum imagined by Yôko Ogawa, the exhibited paintings invite us to cross the silences: that of the sometimes strange banality of the objects and images represented, as well as that of the pictorial medium itself.