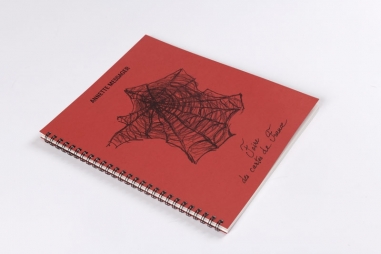 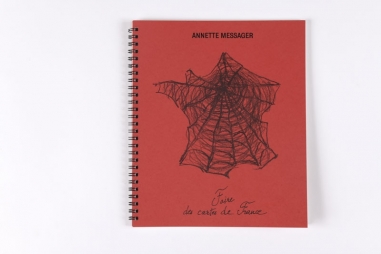 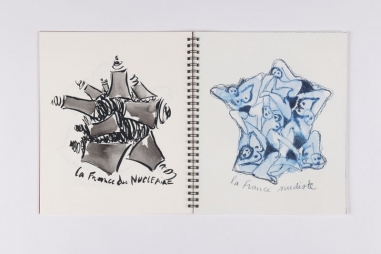 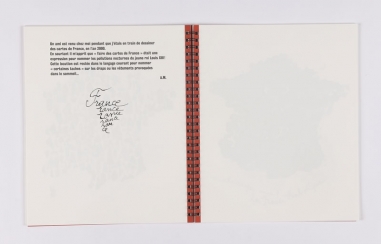 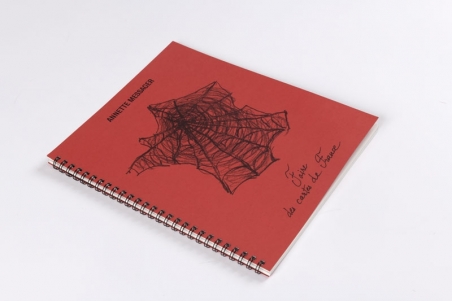 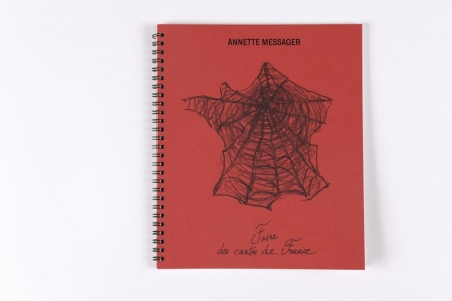 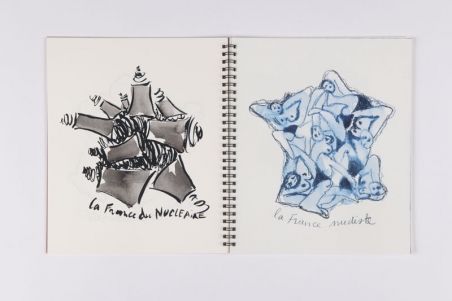 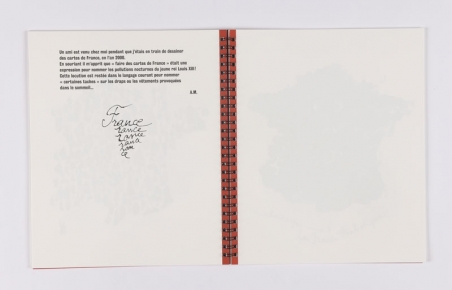 Annette Messager
This product is out of stock
€18.96
Tax included

This book presents a series of drawings entitled « 80 dessins de la France » (80 drawings of France), realized during the year 2000, for an installation exhibited notably at the 5th Lyon Biennale.

Annette Messager was born in Berck-sur-Mer, in 1943. After studies at the École nationale supérieure des arts décoratifs (Paris) that she shortened on the brink of « mai 1968 », she established herself as a plastic artist, photographer, painter and sculptress at the heart of the parisian art scene of the era. Shen gathered her first Collections, albums of photographs and sentences extracted from newspapers that she annotates and modifies.

Nowadays, she is one of the most recognized french artist on the international art scene. She has received the Golden Lion of the Venice Biennale in 2005 and the Centre Pompidou dedicated a retrospective to her work in 2007, this exhibit was then presented in other museums of the world (Tokyo, Seoul). Her work includes various techniques (decoupage, collage, painting, photography, writing, embroidery) and all sorts of unusual materials (soft toys, stuffed animals, fabric, photographs…). Her work is inspired by various influences, popular imagery, art brut, fine art, creating subtle duality. Mixing realism and fantastic, her work also deals with the question of women’s condition.

This book presents a series of drawings entitled « 80 dessins de la France » (80 drawings of France), realized during the year 2000, for an installation exhibited notably at the 5th Lyon Biennale. Faire des cartes de France (To make maps of France) is a funny and bawdy play of words : “A friend visited me while I was drawing maps of France, in 2000. Smiling, he taught me that ‘making maps of France’ was an expression to name the nocturnal emissions of the young king Louis XIII!” (Annette Messager).