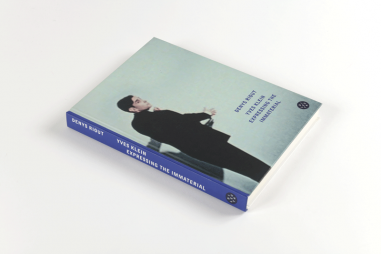 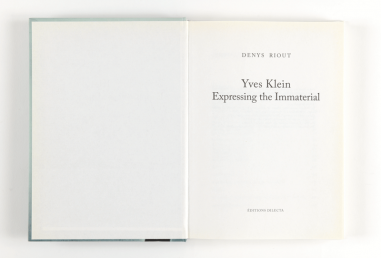 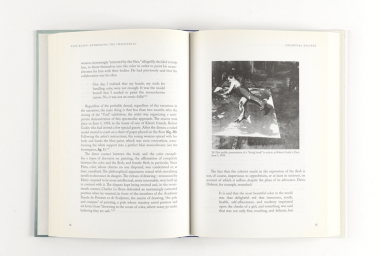 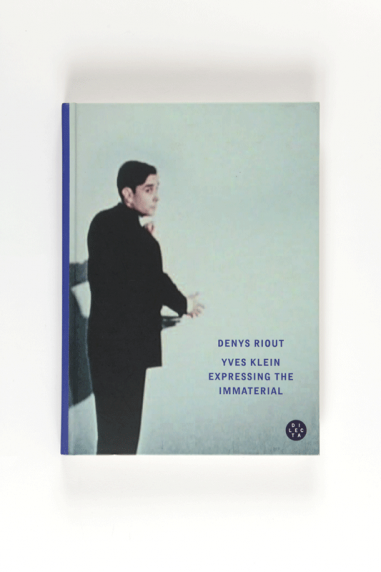 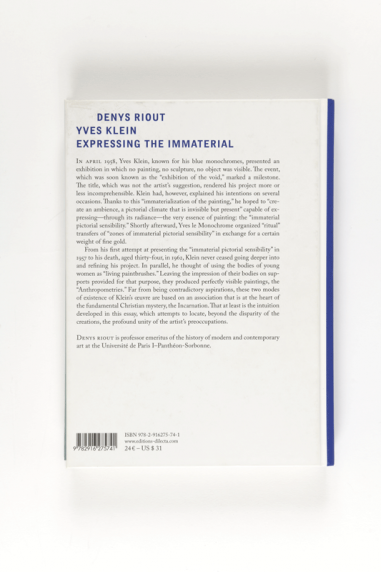 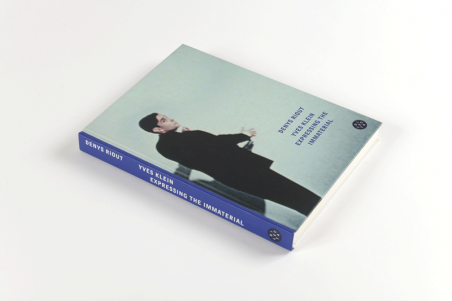 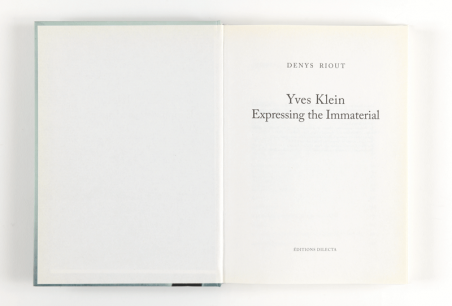 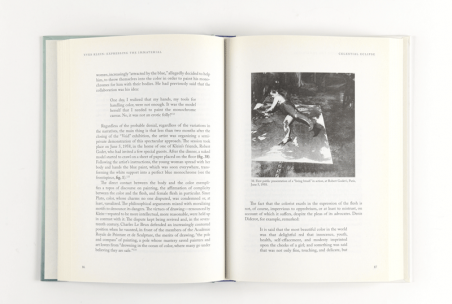 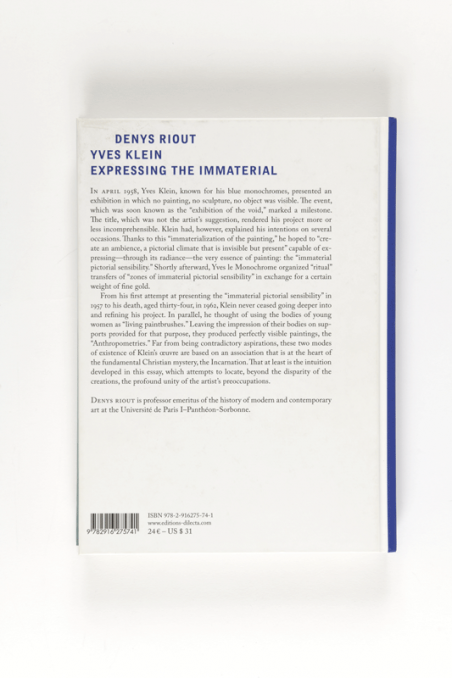 In April 1958, Yves Klein, known for his monochromes and fondness for the colour blue, presented an exhibition in which no painting, sculpture or object was visible...

In April 1958, Yves Klein, known for his monochromes and fondness for the colour blue, presented an exhibition in which no painting, sculpture or object was visible. The event, which was soon known as the “exhibition of the void,” marked a milestone. The title, which was not the artist’s suggestion, rendered his project more or less incomprehensible. Klein had, however, explained his intentions on several occasions. Thanks to this “immaterialisation of the painting,” he hoped to create “an ambience, a pictorial climate that is invisible but present” capable of expressing—through its radiance—the very essence of painting: the “immaterial pictorial sensibility.” Shortly afterwards, Yves le Monochrome organised “ritual” transfers of “zones of immaterial pictorial sensibility” in exchange for large sums of money.

From his first attempt at presenting the “immaterial pictorial sensibility” in 1957 to his death, aged thirty-four, in 1962, Klein never ceased going deeper into and refining his project. In parallel, he thought of using the bodies of young women as “living paintbrushes.” Leaving the impression of their bodies on supports provided for that purpose, they produced perfectly visible paintings, the “Anthropometries.” Far from being contradictory aspirations, these two modes of existence of Klein’s oeuvre are based on an association that is at the heart of the fundamental Christian mystery, the Incarnation. That at least is the intuition developed in this essay, which attempts to locate, beyond the disparity of the creations, the profound unity of the artist’s preoccupations.