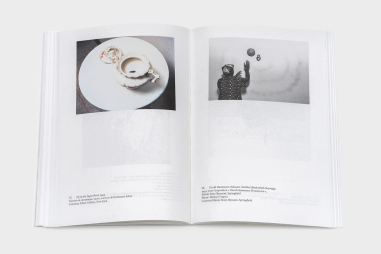 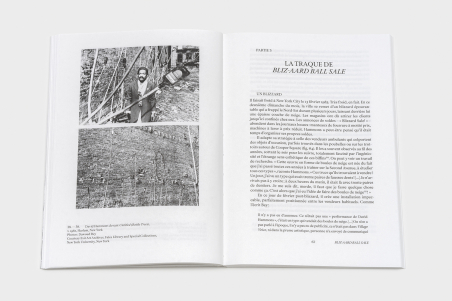 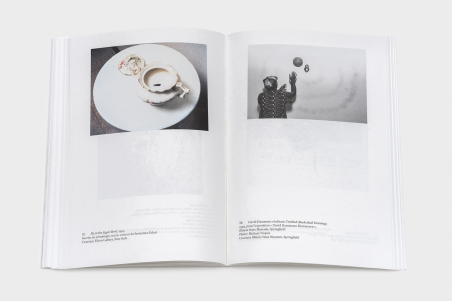 This book is the first essay in French devoted to David Hammons, a major artist on the international scene.

On a winter's day in 1983, David Hammons set up shop in the street to sell snowballs of various sizes. He set them up in rows according to their size and spent the day playing the role of a friendly salesman. He places this event - which he later calls Bliz-aard Ball Sale - in a body of work that, from the late 1960s to the present, uses a lexicon of discrete actions and materials considered typically "black" to construct a critique of the nature of the artwork, the art world and racism in the United States.

Although Bliz-aard Ball Sale is often mentioned and the work's reputation is increasingly influential, it has long been known only through meagre descriptions and a few photographs. In this fascinating study, Elena Filipovic shares the vast history of this ephemeral work, which she has gathered through oral testimonies, the discovery of images and rarely shown documents, giving us some insights into an essential artist who has made an art of making himself elusive.

This book is the first essay in French devoted to this major artist of the international scene.

Since 2014, Elena Filipovic has been the director and curator of the Kunsthalle Basel, where she has organised more than fifty exhibitions. She was curator of WIELS (Brussels) and co-curator with Adam Szymczyk of the fifth edition of the Berlin Biennale in 2008. She has published texts in numerous exhibition catalogues and journals and edited several collections, the most recent of which are The Artist as Curator: An Anthology (Milan, Mousse Publications, 2017) and Felix Gonzalez-Torres: Specific Objects Without Specific Form (London, König Books, 2017). She is also the author of The Apparently Marginal Activities of Marcel Duchamp (Cambridge, MIT Press, 2016).