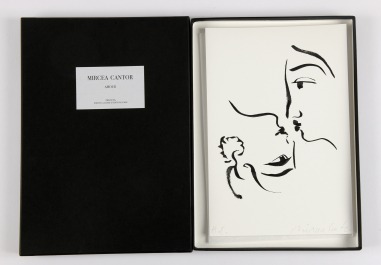 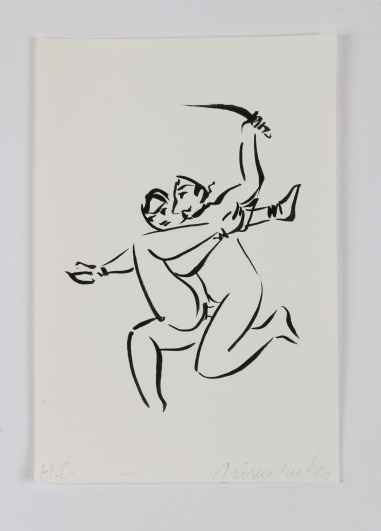 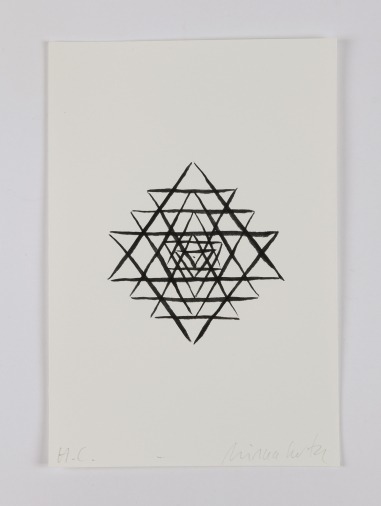 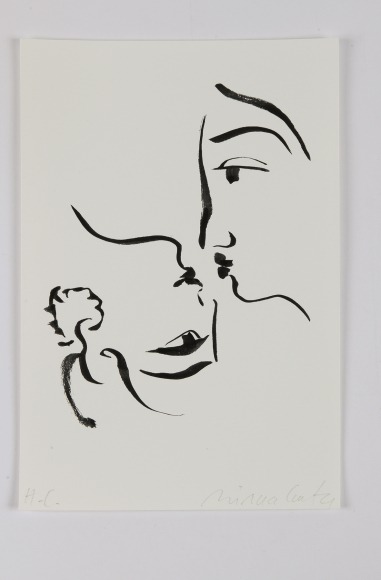 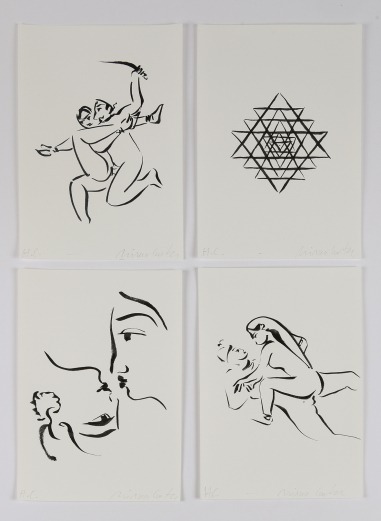 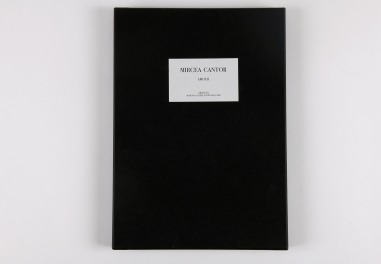 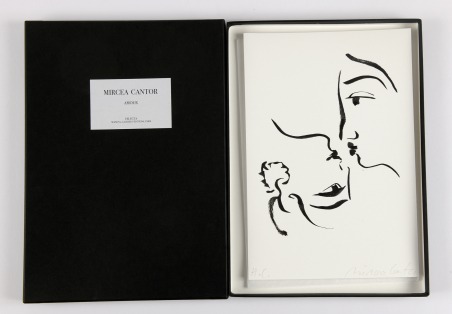 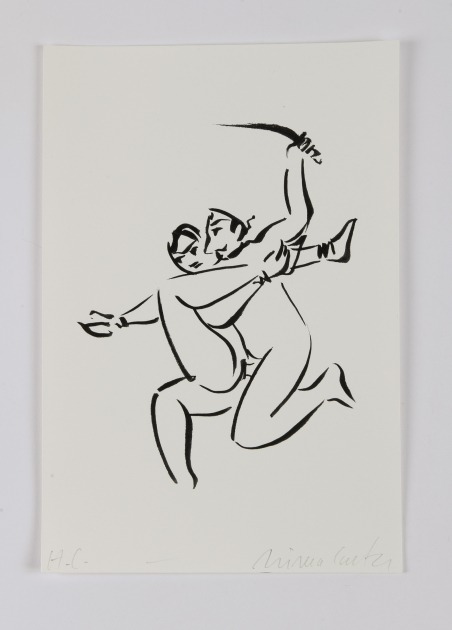 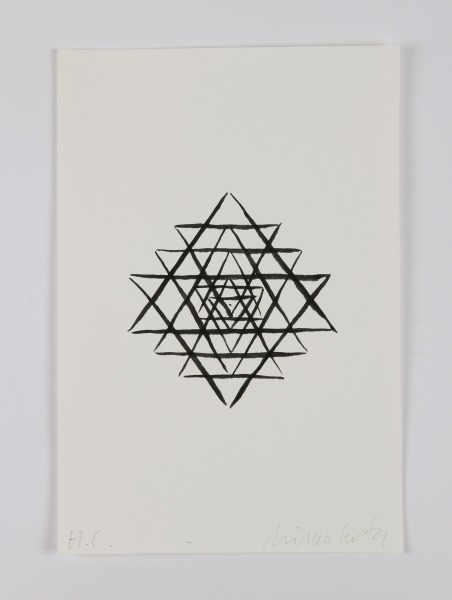 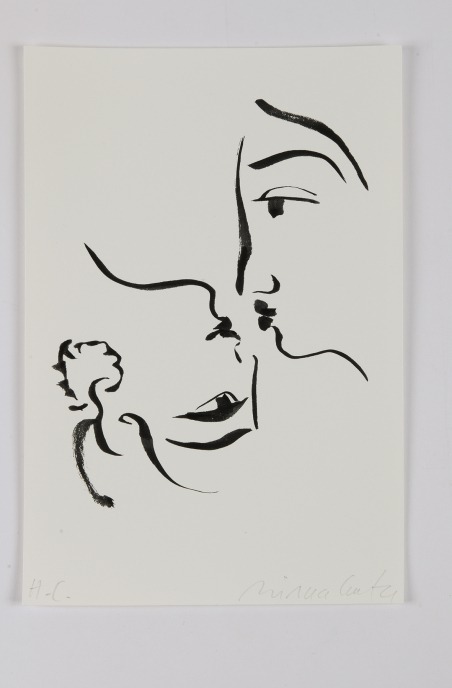 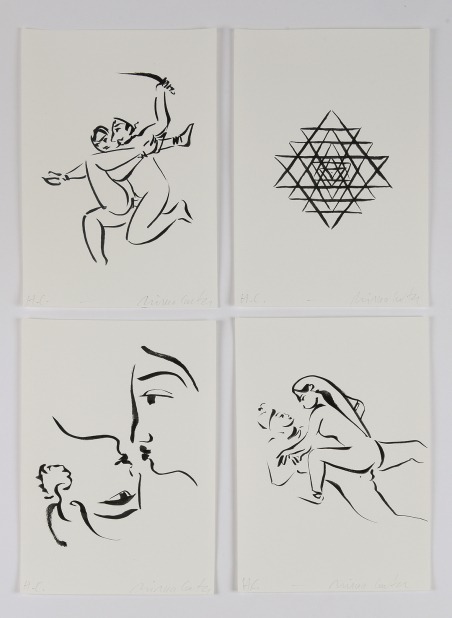 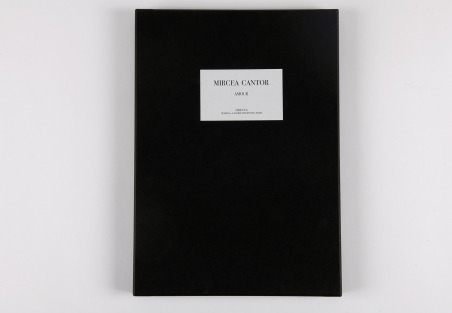 Portfolio of 4 charcoal pigment print, each numbered and signed by the artist, with a certificate of authenticity.

The practice of drawing occupies an essential place in the work of Mircea Cantor. It is necessary both in the workshop, and outside the workshop. The time he can devote to it, being rather rare and interspersed, must be quick and precise. As early as 2011, he was interested in Chinese painters of the 19th century and Japanese Zen painters, especially because of the speed with which they succeed in shaping ideas or their subject. He also discovered the modern paintings of the Kalighat, paintings in fashion in Bengal during the nineteenth century. During this time, painters created miniature paintings because of time constraints - specifically the rise of pilgrimages -, invented a unique narrative style and modified their technique to maximize speed and virtuosity. It is this quest for the "prima linea", with the lively and concise stroke imposed by circumstances, that Mircea Cantor enjoys.

The four drawings in this edition are part of a set of erotic drawings made late at night, during a time of intimate and solitary watching. They are recognizable because they carry in them a pre-sleeping tension, testifying to a form of drunkenness that fatigue and concentration arouse at this hour of the night. They are executed in 2016 on a single notebook in one go, quickly, in ink, with a Japanese pen / brush. Nothing can be changed or withdrawn. The drawings they drew from, dating from the eighteenth and nineteenth centuries, belong to a treatise on tantric art written by the essayist and collector Ajit Mookerjee (1915-1990). There are many diagrams, such as the one by Mircea Cantor in this edition, translating into the conceptual and abstract world, using primitive symbols, what exists in the gurative world.