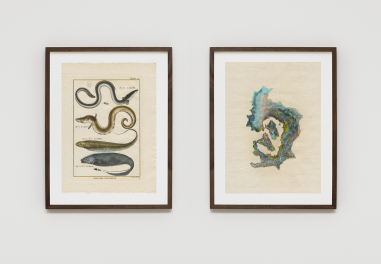 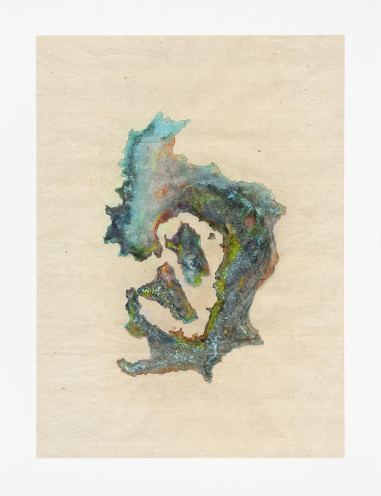 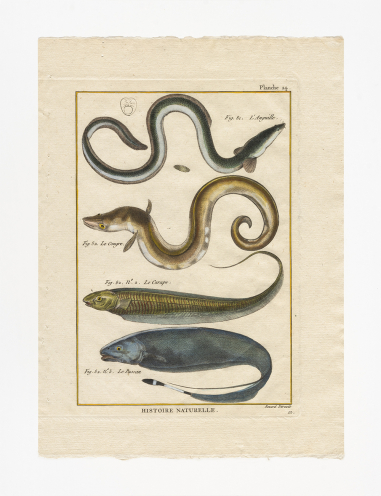 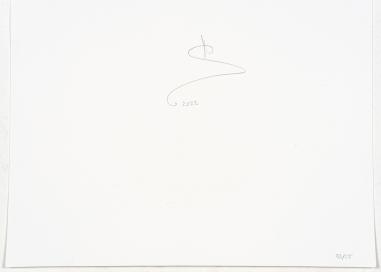 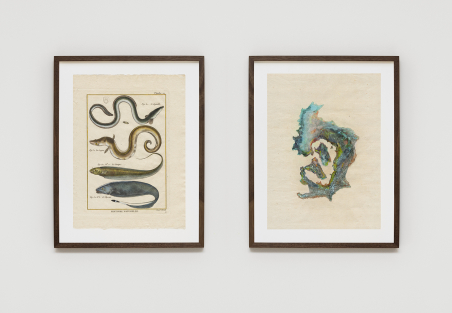 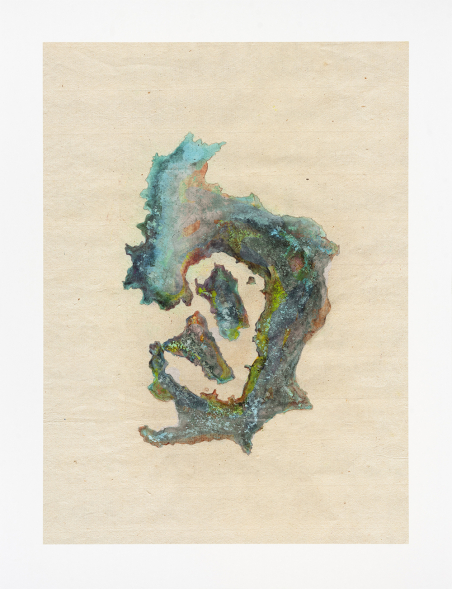 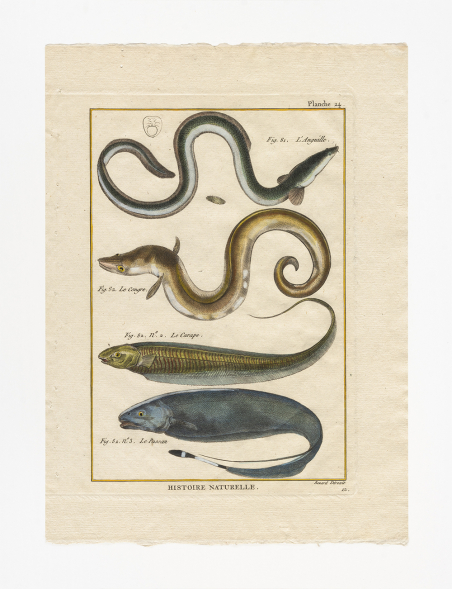 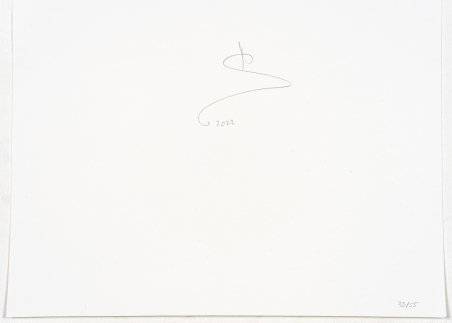 Signed and numbered by the artist.

The series Untitled (Maps/Species) (2018-2022) is made of diptychs that bring together different elements: on one hand, a zoological engraving from the 17th-19th century, depicting strange writhing fishes, their bodies twisted in order to fit into a frame of reference ; on the other, a cartographic drawing made with ink and pastel by the artist and for which he applied a similar protocole. The ambiguous animal forms (“species”) as well as the landforms (“maps”) are distorted to fall within the limits of the sheet, within the so-called “frame of reference” denounced by the artist. Anri Sala thus expresses in this series the artificiality of the notions of Nature and Nation, as well as their standardized way to be depicted. He highlights the tension between a desire for knowledge and the universalist homogenization which ensues and the heterogeneity, the diversity of the forms of life represented. This issue, initially addressed in a colonialist context, still bitterly resonates with the current geopolitical context. Untitled (Maps/Species) expresses, in the words of the artist an “intense curiosity towards the world and the living forms upon it, a moment in time that brought together a lively sense of enquiry and similarly lively predation” (interview at the Bourse de Commerce, July 2022).

The limited edition produced from one of the original diptychs of the series, L’Anguille, le Congre, le Carape, le Passan/Italy, is an Inkjet print made as part of a collaboration between Éditions Dilecta and the Pinault collection and on the occasion of the artist’ exhibition Time No Longer at the Bourse de Commerce (October 2022 – January 2023).

Ouverture. The Pinault Collection at...