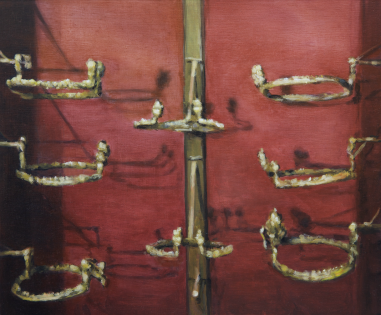 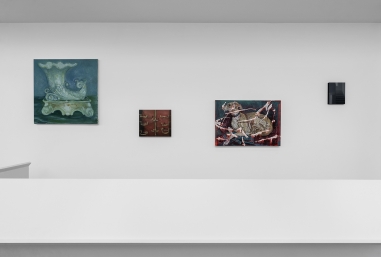 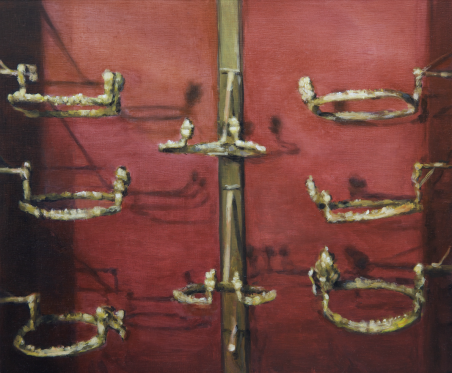 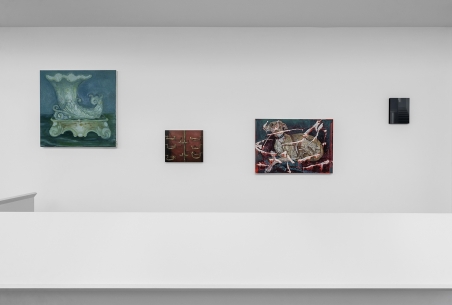 I Fed my Metal Bird the Wings of Other Metal Birds

Damien Cadio, born in Mont Saint-Aignan (France) in 1975, lives and works in Nantes (France). The artist is said to have discovered painting “coincidentally” when being only a high schooler. Since then, he has been painting subjects which appear mundane at first: here some wilted flowers forgotten in a vase, there a glass, elsewhere heavy curtains made of red velvet. However, these scenes are infused with a certain eeriness, consequence of the framing and the muted tones. The exhibited artworks, produced between 2007 and 2012, draw from daily life. Painting then becomes a shifting process in which each thing is loaded symbolically with an unknown weight.

Damien Cadio is represented in France and in Switzerland by the galerie C and in the Netherlands by Gerhard Hofland Gallery.