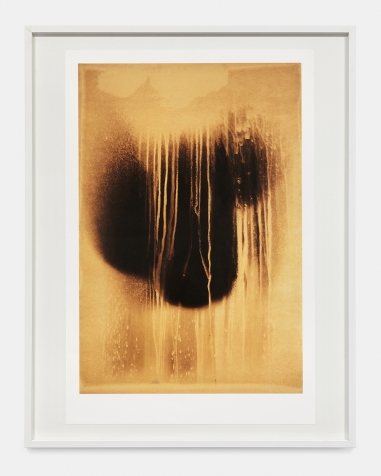 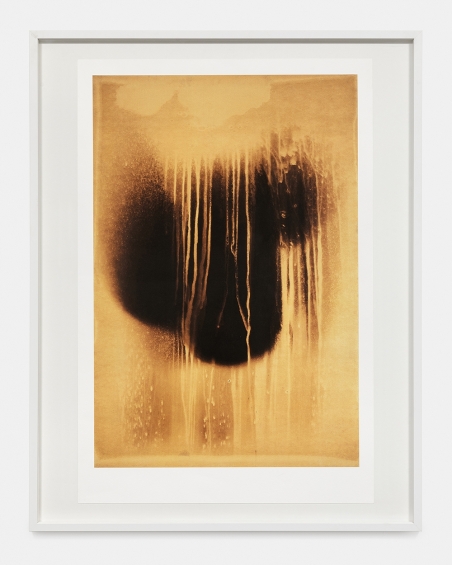 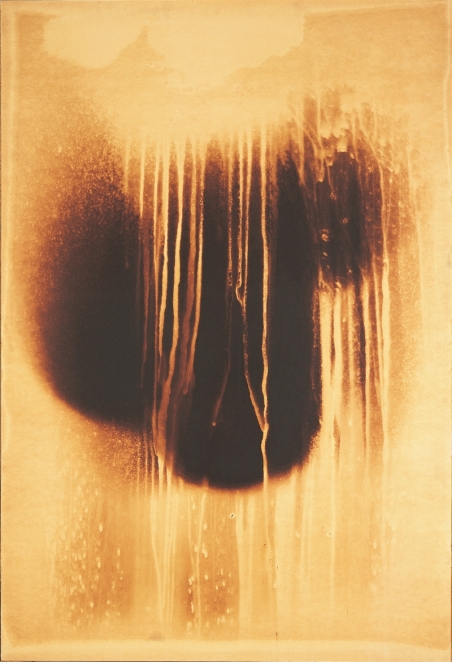 It is between March and July 1961, just a few months before his untimely demise, that Yves Klein was finally able to carry out his Peintures de feu [Fire Paintings] project. The Centre d’Essai de Gaz de France, in Saint-Denis (France), agreed to make available to him its workshops and all the necessary equipments. More than 150 artworks on cardboard were created. The archival documents show Yves Klein stroking the flame of a blowtorch on wide canvases sprayed in water. In the end, the flame deposited a kind of depth, created a golden area in which halos float. One can distinguish vague shapes, the trace of lightning or some kind of inferno. But it is nothing of the sort. The invisible flesh of fire. That is what Yves Klein tried to reveal in this series.

“What stirs this search in me for the imprint of fire?” he asks himself. To obtain an image beyond the natural, using the photographic process. “The painting is merely the witness, the sensitive plate that has recorded what's happened."