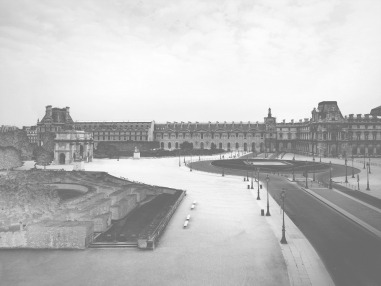 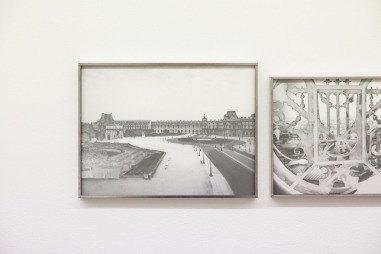 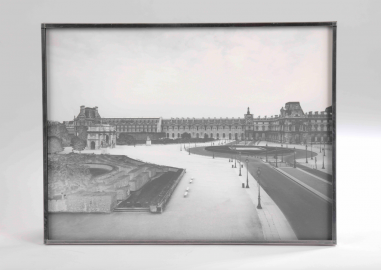 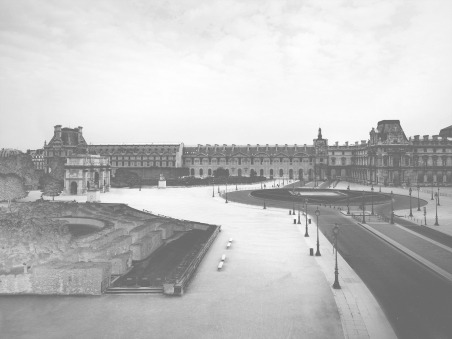 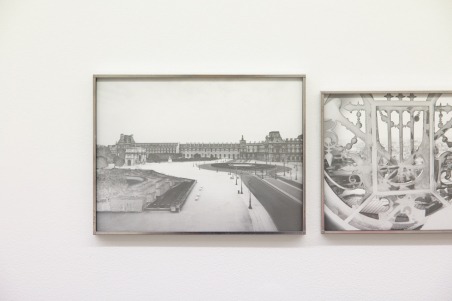 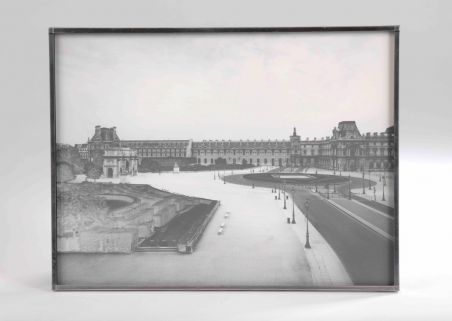 Carbon print on baryta paper
21 × 28 cm
Edition of 9 copies + 2 AP + 1 HC
Signed and numbered by the artists
This series of three exclusive photographs forms part of « Silent World ». Realized and selected specially for Dilecta, it is rooted in the singularity of the artists’ work while showing a new visual experience, solarization. With this technique, the artists emphasize the natural ataraxia caused by Parisian historic spaces such as The Louvre and The Opéra National, this striking suspension of breathing, induce contemplation.
Developed from 2008 to 2019, the series « Silent World » finds it’s inspiration in the early stages of photography, when Louis Daguerre’s « Boulevard du Temple » from 1938 shows an apparently empty street where only a shoeshine-boy was visible. The exposure time lasting from 3 to 5 hours only reveals the immobile elements. Human activity disappears. This images are reconstructed, reworked like paintings and enable two « technological » periods of photography history to meet, like « modern daguerreotypes ». Our intention in this project is to merge what exists and what imagination projects on our world. An inner and silent representation of our world.