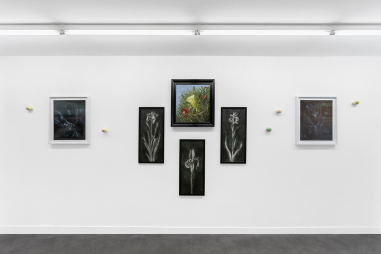 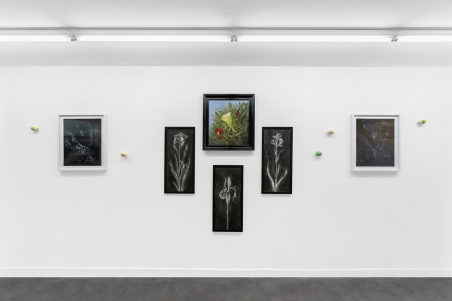 The “Still Life” series are photographs based on various recordings the artist made during a residency in Switzerland, and in which are depicted a collection of frozen plants, between still-life painting and an herbarium. Created using one of his favorite process, the cinematographic technique called “day for night” used to simulate a night scene while filming in daylight, Nicolas Dhervillers employed in those images pitch-black skies and contrasted lighting to outline and even stage the composition. His pictures, ambiguously lightened, crystallize moments of latency as if life was on the verge of flourishing or, on the contrary, of fading away. The unstable equilibrium the photos embody expresses the vibrancy of life as well as its contingency, both its light and its dark sides.